Factors That Increase the Risk of Auto Accidents

Car accidents can occur anywhere at any time and sometimes it’s difficult to pinpoint an exact cause. However, determining the cause and contributing factors to a car accident that occurs in Baltimore is an essential step in the recovery process. This is because a car accident lawyer will need to assess liability for the crash to help the victims recover maximum compensation for their injuries and other losses. Police reports are often very helpful in uncovering crash-related issues such as the following. 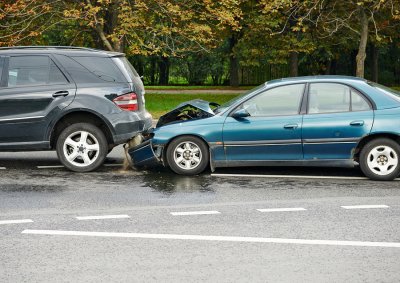 Drivers aged 16 through 19 are most at risk for a crash compared to all other age groups. In fact, according to the Centers for Disease Control and Prevention (CDC), 2,163 teens in the U.S. were killed and 243,243 were rushed to the ER for serious injuries because of motor vehicle crashes that occurred in 2013. The CDC further notes that young drivers aged 15 through 24 comprise just 14% of the U.S. population, yet they are responsible for 30% of the total costs stemming from motor vehicle crashes. Male teens represent the highest risk and this risk increases further when male passengers are in the car. The presence of passengers of either sex in a car driven by a teen driver of either sex is also a significant risk factor for a crash. This could be because teens are more likely to try risky driving behaviors when their peers are present and/or because passengers are a considerable source of distraction while driving. The risk associated with teen drivers is also attributed to their relative inexperience with handling a car.

In addition to the distracting influence of passengers, there are many other sources of distraction that can contribute to car accidents. It’s common knowledge that cellphones, GPS devices, and other electronic gadgets can easily distract a driver. However, many other activities can be incredibly distracting, such as eating and drinking, grooming, rubbernecking at crash sites and at billboards, reaching for fallen objects, and even daydreaming.

Another factor that can increase the risk of a crash is a very busy roadway. Experienced drivers already know that they ought to exercise greater caution during rush hour traffic, but sometimes even the most cautious of drivers can forget to check a blind spot before changing lanes. During rush hour, it’s particularly important to actively and continuously monitor the changing traffic patterns.