Using a DUI Charge in Your Car Accident Case

With countless drunk drivers on the nation’s roadways each day, there’s a possibility that when you’re involved in a car accident, the other driver may have been intoxicated. While this isn’t ideal for public safety, it is good news for your car accident case. Your accident attorney can use the DUI charge as leverage when negotiating with the insurance company. If your attorney at law files a lawsuit on your behalf, the civil complaint proceeds entirely separately from the criminal case. However, the accident attorney litigating your case in Baltimore can point to the DUI charge or conviction as evidence of liability for your losses. 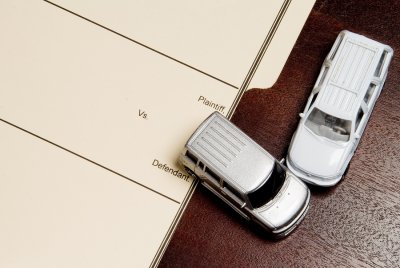 Watching Out for Signs of Intoxication

Your accident attorney will handle much of your case for you, but he or she can’t be present at the scene immediately after the crash. It may be up to you to notify police officers of suspicious behavior. After the crash, look over at the other car to check whether the occupants may be switching seats. This could indicate that the drunk driver is trying to escape liability by pretending that someone else drove the car at the time of the crash. Observe whether the other driver tries to hide or dispose of potential evidence such as alcoholic beverages or drug paraphernalia. You may also observe the other driver administering eye drops in an attempt to camouflage bloodshot eyes. When you approach the other driver to exchange contact information, take some deep breaths to check for the odor of alcohol or marijuana. If you observe any of these possible signs of driving while under the influence, inform the police officers promptly.

Securing Evidence for Your Case

Drunk driving is a criminal offense. Do not try to collect physical evidence such as beer bottles, but do point these problems out to the police officers. There are other types of evidence you can collect that won’t interfere with a police investigation. For instance, you can take photographs of the crash site and you can obtain a copy of the police report. Your auto accident lawyer will need a copy of the report, which should indicate whether the other driver committed traffic violations or was arrested for DUI.