What Steps Should You Take if You Are Stopped for a DUI?

As a driver, you owe a duty of care to everyone on the roadway. Part of fulfilling this responsibility involves never getting behind the wheel while you are impaired by alcohol or drugs. However, mistakes do happen and many people misjudge the extent of their impairment. If you do get pulled over on suspicion of DUI, you will need the guidance of a seasoned DUI attorney . Representation from a DUI attorney in Baltimore is your best chance of a favorable outcome. 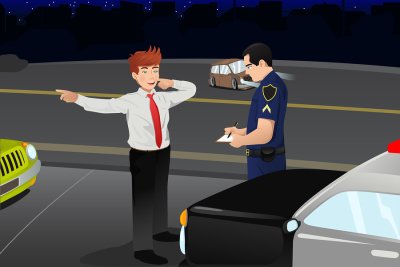 As soon as you realize that you are being pulled over, it’s essential to avoid giving the police officer any further evidence of your alleged impairment. Look for a safe place to pull over. While doing so, avoid driving erratically. Remember to use your turn signal to indicate to the officer that you are complying.

Place the Officer at Ease

Police officers are trained to watch for potential signs of additional problems, such as a confrontation. Acting suspiciously may mean that your DUI attorney will have to defend you from additional charges. As soon as you have parked your car, turn off the engine, turn on the interior light if it’s dark outside, and place your hands on the wheel. Do not reach for your driver’s license or registration until the police officer requests them. If you do so while the officer is approaching your vehicle, he or she will assume that you’re reaching for a weapon or trying to hide contraband.

Cooperate to a Certain Extent

Your DWI lawyer will advise you to remain polite and cooperative with the police officer. Treat the officer respectfully and provide information such as your name and address when asked. However, do not forfeit your legal rights. If the officer asks you if you’ve been drinking, you can say, “I’m not trying to be uncooperative, but I’ve been advised not to answer those questions.”