Breaking Down the Differences Between DUI and DWI Charges 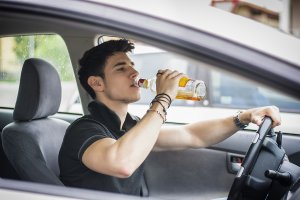 DUI and DWI lawyers near Baltimore are often asked how the two charges differ. While both charges are serious offenses that require help from a law firm, there are some important differences. If you have been charged with drunk driving, speak directly to an attorney at law. Here is a simple guide to some of the differences between DWI and DUI.

A DWI, or driving while intoxicated, charge means that the defendant’s blood alcohol level was determined to be at 0.07% or higher. DWI is usually charged when someone is less intoxicated but fails a field sobriety test. Because the officer’s opinion plays a major role, DUI attorneys can challenge police judgment. A DUI is issued for individuals with a BAC of over 0.08% and is generally issued after a breathalyzer or blood test is performed.

If you don’t hire a DUI attorney and lose your DUI or DWI case, you can also plan on losing your license. A first-time DUI mandates license revocation of six months, and your license can be revoked for up to one year after a second offense. For your first DWI conviction, you can count on a suspended license for up to 60 days. Second-time offenders cannot drive for up to 120 days.

Even first-time DWI offenders can face prison time of up to two months. A second DWI conviction can put you behind bars for an entire year. For DUIs, the penalties are even stiffer. Even a single DUI carries a prison sentence of up to a year. Second-time offenders face mandatory minimum sentences of five days—with a maximum of two years.

If your license is revoked due to either a DUI or DWI conviction, you may also be required to attend an Alcohol Education Program before you can even apply for a new license. These programs also analyze each person to determine whether alcohol abuse may exist. If the division finds alcohol abuse, they can force you to undergo a treatment program.