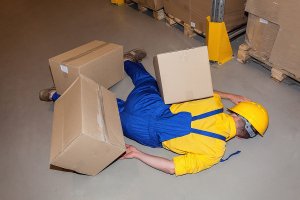 Adoption in the United States

Prior to states adopting workers’ compensation laws, the only way for injured workers to recover medical expenses, lost wages, and other damages was by proving employer negligence. Doing so was typically a long, costly, and uncertain process, especially as workers did not meet with a workers’ compensation lawyer. Employers often used contributory negligence as a defense, which precluded workers from collecting any damages if they contributed in any way to the accident. Other times, an employer could successfully raise an assumption of risk defense to limit the injured worker’s ability to collect compensation.

Workers’ compensation is a state run insurance program, so injured workers should consult with a workers’ compensation lawyer in their states. In the early 1900s, there were very few social programs in the United States. Additionally, the federal government considered social insurance and welfare to be a state matter. The only discussion of creating a federal program was in 1908, but this discussion was limited to federal workers. In the late 1980s and early 1990s, the country witnessed a wave of reforms aimed at reducing costs for employers.