Maryland law enforcement officers take a very strict approach to driving under the influence (DUI), as does Maryland law. The potential penalties involved with a DUI conviction can affect your life for years to come. It’s advisable to get in touch with a DUI attorney as soon as possible after being arrested for this offense. A DUI attorney in Baltimore can safeguard your legal rights during interviews with the police officers, and he or she can provide legal representation during your hearing.

Your blood alcohol content (BAC) is a critical factor in determining whether or not you will face a DUI charge. As your DUI attorney can explain to you, you can be charged with DUI if you’re found to have a BAC of 0.08 percent or higher. In some states, driving while intoxicated (DWI) is considered to be a more serious offense than DUI. In Maryland, the reverse is true. You can be charged with a DWI offense for having a BAC between 0.04 and 0.08 percent. However, if you’re under the age of 21, you can be charged for having a BAC of 0.02 percent or higher. If you’re a commercial driver, the legal limit is 0.04 percent. Another Maryland DUI law your attorney at law can explain to you is the implied consent law. Implied consent means that you are presumed to have already agreed to take a chemical test for driving on Maryland roadways. Refusal to do so can result in administrative penalties. 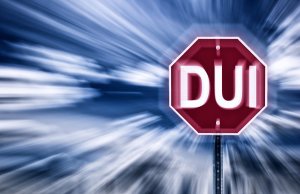 If a law enforcement officer suspects you of being under the influence of alcohol or drugs, you’ll be asked to perform a series of sobriety tests. These might include standing on one leg, walking in a straight line, and answering basic questions. If you fail the sobriety tests, you can expect to be arrested. The officer can administer a chemical test, such as a Breathalyzer test. At the local jail, you should ask for a DUI attorney in Glen Burnie.

If you’re convicted of a DUI or DWI offense, you’re facing strict penalties that vary depending on your prior convictions. For each subsequent offense, you’ll face stricter penalties. These penalties include jail time, fines, license suspension, an ignition interlock device, and an alcohol education course.